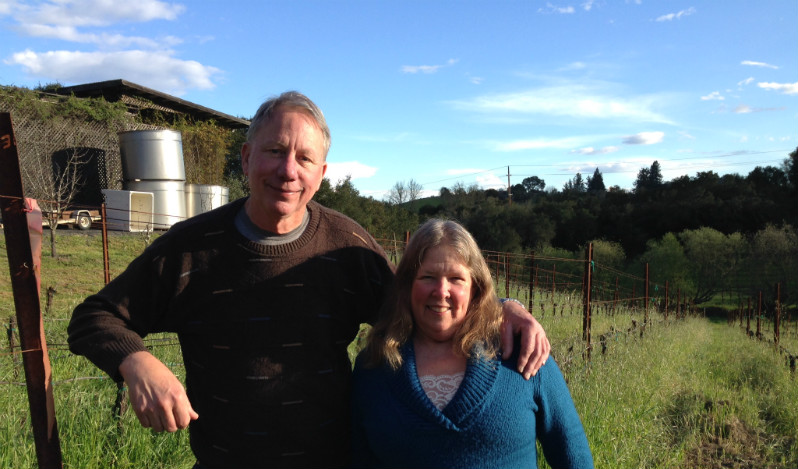 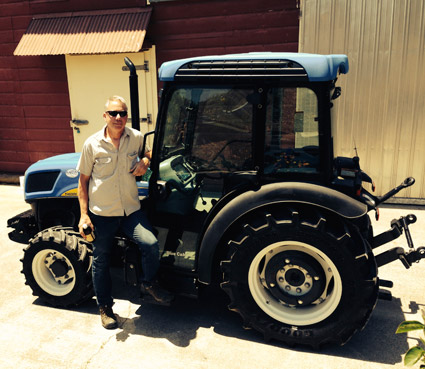 Owner & Winemaker
It is hard to believe that this will be my 28th harvest. As I look back on it I think about how much things  have changed, and how they have stayed the same.

When I was a small child growing up in Petaluma (southern Sonoma County) I never dreamed of becoming a winemaker. It was probably the only thing I didn't dream of becoming! An insatiably curious child (annoying to some adults, a delight to others), I was always wondering.  I wanted to know the constellations in the sky, to build a rocket, to ride a horse, to build a raft ala Kon Tiki and sail around the world,  to fish, to hunt, to live like a Native American, to become a scientist, a farmer, a world explorer,  a doctor, a museum curator, a plant guru like my hero Luther Burbank. In short, life would be way too  short to do all of the things I wanted to do.

My best friend growing up was half Italian (his mother's half). After my friend's grandmother's death,  his grandfather came to dinner almost every night. His mother was by far the best cook in a family of amazingly good cooks. When my  friend wasn't at my house (which often included Fridays-meatless Fridays for Catholics in those days),  I was at his house. Nonno's table rules for the kids were simple-eat your vegetables and drink your wine!  I was thus exposed to wine, as food, at a very early age. I also learned a lot about cooking-and winemaking--from my friend's mother,  things such as always smelling the herbs that you use as they vary in flavor and intensity during the year, that measuring is less important than understanding your ingredients, and taste and smell are far more important that slavishly following a recipe. In any event  I was curious enough about this wine thing to try to do it myself.

My first wine was not very good. Concord grapes picked from our backyard vines and allowed to ferment on their own. It wasn't nearly as good as the Pedroncelli wine that Nonno mixed with water for us. End of  experiment. It wasn't nearly as fun or rewarding as trying to grow plants, which I did with abandon. I even tried grafting, mostly to our fruit trees but other plants  as well. I tried cross-pollinating flowers and even decided that if Luther Burbank could produce a spineless cactus I could create a thornless rose bush. (I pulled the thorns off with pliers and then wrapped the stems with electrical tape.  My mother did not see the value in this however.) At least the rose bushes survived, even if they did re-grow  their thorns.

Jump forward a bunch of years. The year is 1969. I had just graduated from high school and was entering college, majoring in Biology. The Viet Nam war was raging. The draft was reinstated. My number came up-23. When  I called the draft board they informed me, incorrectly, that I did not have a student deferment. They also told me that my coffin had been ordered. Gallows humor of the worst sort. I enlisted in the  Navy, hoping to at least get a usable skill out of the deal. Along the way I got a little bit of a wine education.

While awaiting my school slot I spent time going to reserve meetings with a fellow whose family had a nursery. Since I was fascinated with plants, we spent a lot of time talking. Their main business was in grapevines, providing rootstock and grafted vines. I learned a great deal in a short time. After I finished my schooling and was sent to sea, I had an unusual opportunity to learn about wine from a junior officer on the ship. At this time there were lots of career officers and enlisted intermixed with those who would not have been there had it not been for the war. One of the latter  was a lieutenant on our ship. A bachelor with good taste, he had his own apartment at our home port. He didn't spend much time socializing with the other officers, as he was a decidedly more cultured individual than many of them. Several times he invited a couple of my friends as well as a couple  of civilians over for dinner. He liked to cook and definitely liked good wine. Fascinated by the wines that were  served, I began to go to shops and peruse the shelves, mystified by all of the different labels. Then, on my last  leave before my discharge, I stopped to see an old school friend. He and I had competed all through school, starting  in Kindergarten. His father was an engineer and he had traveled extensively, even living in Baghdad for a short time. He had a genius level IQ, total instant recall reading ability and could converse  intelligently on almost any subject. However, at a party, a wine snob (someone who knows a tiny bit more than you and  is more than happy to let you know) found out that he knew nothing of wine. Mortified, he checked out the books on wine  from the library the next day and immersed himself in the subject. He then set out to buy bottles of the wines he read  about (mostly European and primarily Bordeaux). When I saw him he wanted to share his newfound passion and gave me several books he had purchased, as well as a case of wine. I stashed it at my family's house, and, when I  returned home for good, decided it was time to really learn.

Along with another old school friend (who had grown up with wine on the table), we began our sojourn through the world  of wine. We visited every winery we could (and in those days you could pretty much taste your way through Sonoma or Napa in a couple of days), bought wine we read about, and started attending tastings when possible. A chance encounter  with someone who was working with Joe Swan led to an introduction to him.  At a tasting in Calistoga a bit later, Joe asked  me why I had rated a particular wine first. I told him that although there were other wines in the tasting that were more  dramatic, this one wine was the most complete, had perfect balance, and would probably be better than all of the rest with a few years in bottle. I really didn't have anything to base this on other than gut feeling.  I was the only one, including Joe Swan, who had rated it that highly. As it turned out, it was his wine. That night he told me I needed to become a  winemaker. Flustered, I answered something like, ÒI can't be a winemaker, YOU are a winemaker!Ó Over the next several years  our friendship grew and he continued his encouragement. I would come up with one excuse after another until I had run out of them and began to consider the possibility.

In the spring of 1979, while eating and drinking great wine with a group of friends, the discussion began to center around the possibility. That night we decided to make it happen. That fall I took the plunge and made my first wines:  two chardonnays, three pinot noirs, a rosé and a cabernet sauvignon. The rest, as they say, is history.